Guest Post from Ja-Naé Duane and Steven Fisher. Authors of The Startup Equation

Have laptop and Starbucks app, will travel. That’s been our motto on many a freelance excursion. Of course, not every gig is worth it, and we’re not talking money. We’re talking chemistry. Some clients are a great fit, some are atrocious to deal with. You’ve got talent. You’ve got a portfolio. Don’t just work for the highest bidder. You’re more than a freelancer for hire. You’re an enterprise of one, an entrepreneur on the front lines of our new economy. You owe it to yourself to choose wisely when it comes to clients; to ensure you have a solid connection before you take the next freelance project on.

Finding good clients requires a little introspection. You’ve got to know yourself, who you are as an entrepreneurial provider of freelance services. To get an idea of what we’re talking about, just look at Stephen Colbert. Last fall, he took over as host of “The Late Show” on CBS. He announced that he’d drop the character he’d portrayed on Comedy Central’s “The Colbert Report,” and just be himself. So who was the real Colbert? Unsure, Colbert took the Myers-Briggs personality test. Turns out he has a lot in common with Fox Mulder from the TV show “The X-Files.”

As Mom used to say, we’re all unique, like a bunch of different snowflakes. But personality matters, and successful entrepreneurs understand who they are and what brings them happiness. When we wrote The Startup Equation, we knew we had to answer the question: where does personality fit in the entrepreneurial life?

Most entrepreneurs usually identify with one of these options as a primary type and another as a secondary personality. For example, Steve Jobs was a Boss with an underpinning of the Perfectionist. Kanye West is a Romantic with an underpinning of the Epicure. It’s important to remember that every entrepreneur is an individual snowflake. But even though no two are the same, the entrepreneurs who succeed come from these archetypes.

Once you understand your personality, it’s time to consider the seven different approaches to launching and running a business. And make no mistake, as freelancers we are all micro businesses.

Personality and Approach are both part of the Foundation function in the Startup Equation. Just remember that Personality is a constant and Approach is a variable. Your approach can change, but you may need to adapt your plans to accommodate your personality. For example, Kanye West launched his music career with the Essentialist approach. He later built a fashion empire using a Lifestylist approach. Lately he’s been talking about running for president, something that sounds like a Do-Gooder approach. (Of course, he’s currently $53 million in debt, so the man is clearly approaches life as an Artist).

To help you understand what will work best for you, we include a step-by-step process in The Startup Equation to identify your entrepreneurial personality. We then walk you through it to choose the approach that best fits you. All told, there are more than 61 combinations of personality and approach. At every phase of establishing and growing yourself as a Business of One, know that the combination may need to change. But choose the right combination, and you can launch yourself into the stratosphere.

You have the power to drive a company’s success. Your writing, developing, social media management, strategic thinking, or graphic design can help a company crush its competition.

So take the time now to understand who you are as an freelancers. The more you know about yourself now, the greater the odds that you’ll choose the right clients. 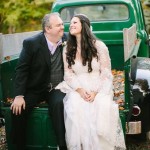 Ja-Naé Duane and Steven Fisher are both serial entrepreneurs who know how hard it is just to startup a business, yet alone the right one for who you are as an entrepreneur.

Both Ja-Naé and Steven have experienced the entrepreneurial highs of success along with the lows of failure. They have a unified passion to help make sure you don’t make the same mistakes they did.

The Startup Equation distills their vast experiences down to what works and why.

Find a Team For Your Projects

Email: info@digaboom.com
©2015-2016 Digaboom, Inc. All Rights Reserved
Made in Massachusetts